What can I expect from a Labradoodle?

A Labradoodle is a cross between a Standard Poodle and a Labrador Retriever.  The best combination consists of the Standard Poodle as the stud and the Labrador Retriever as the dam. This produces the superior quality for the breed standard. Labradoodle coats are low to non-shedding, have less dog odor, and are considered hypo-allergenic. We like to explain the defintion of hypo-allergenic which is  "less likely to cause allergic reactions." Since every person and every allergy is indiviual, no one can guarantee any dog completely  free  of  allergen reactors.  We also like to explain that the F1 Labradoodle coat can be shedding may shed approxiametley 50% less than a Lab and 25% more than a Poodle. Some puppies in each F1 litter are non-shedding.   The further you go into the generations of Labradoodles you gain non-shedding coats.  Now having mentioned these things we have personally placed many F1 puppies in allergy-prone families with great results!  So far, about 98% of our allergy-prone clients have successfully integrated an Early Generation Labradoodle into their home and lives without triggering an allergic response. Furthermore, the genetic combination of temperament and intelligence from the Standard Poodle and Labrador Retriever have made the Labradoodle breed well known for trainability in the home as well as for guide dogs, service dogs, and therapy dogs. These loving dogs typically display an intuition about current emotional needs of their family members. This ability to "key in" to emotions is what makes them such good lifetime companions.  They are also know for their comic fun and loving warm preaonalities - very people dogs!

What are the different types of Labradoodles? 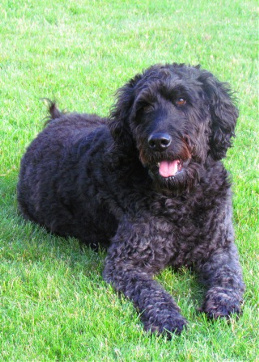 First generation is a first time cross breeding between the Standard Poodle and the Labrador Retriever to create the breed of the Labradoodle. We love first generation Labradoodles because they have strong hybrid vigour. Hybrid vigour means typical genetic problems from both original breeds have been potentially bred out.  Problems such as hip dysplasia, eye disorders and other well known problems typically no longer exist!  Another reason many people love the First Generation Labradoodle is because they desire the stronger bone build of the Lab and the less curly coat which is often quite evident while still gaining the desired hypo-allergenic quality common in this breed.

This is a First Generation Labradoodle crossed or bred back to a Standard Poodle.  What you will find with the F1B is predominant curly coat, less shedding and a well blended bone structure. A wonderful well adjusted, highly trainable, family dog.

The F2 or Second Generation Labradoodle is the same cheerful, intelligent qualities of the First Generation along with the valued genetic reliability of the breed standard with the bonus of a wavy or curly non-shedding hypoallergenic coat. In 2013 our first F2's were born!

This is an F2B or greater where the breed has been consistent for three or more generations. A quality dog that is often considered priceless.

Each of the above are considered North American Labradoodles and are highly desirable early generation lines, which bred into the Australian lines keep the genetic pool strong and healthy!

Why are some Labradoodles called Australian Labradoodles? This is because an Australian Labradoodle  has a cross blend  between the Poodle, Cocker Spaniel and Labrador.  This infusion has been carefully incorporated to add to the intellegance, hypo-allegenic qualites, temperament and other desirable qualities of the breed. As Australian Breeders we are excited about the high quality of dog we have to offer!

If you choose  one of our adorable Labradoodle puppies for your family,you will gain the joy of an endearing personality and intellegence along with quality loveable traits treasured by our clients. 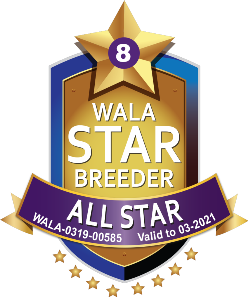 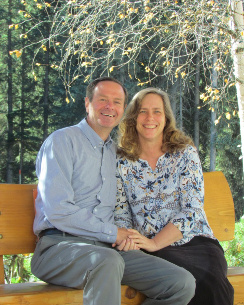 Steve & Valerie say: The past 22 years we have raised our large family in the counrty.  It has been an amazing journey of learning to pioneer the land and help each child follow their talents.

Our children introduced us to a variety of animals on the ranch which enlarged  our hearts in caring for these living creations of God.

Thus began a path of loving and learning all about dogs!  For 14 years we have had the joy of providing amazing puppy companions for family all over Canada and into the USA.

and they love me right back!

For the past fourteen years I have had the joy of raising, training and boarding dogs along with my family.

I am privileged to be experienced

as a canine midwife for our own dogs and others.

If I can help answer your questions,

I would count it a privilege. 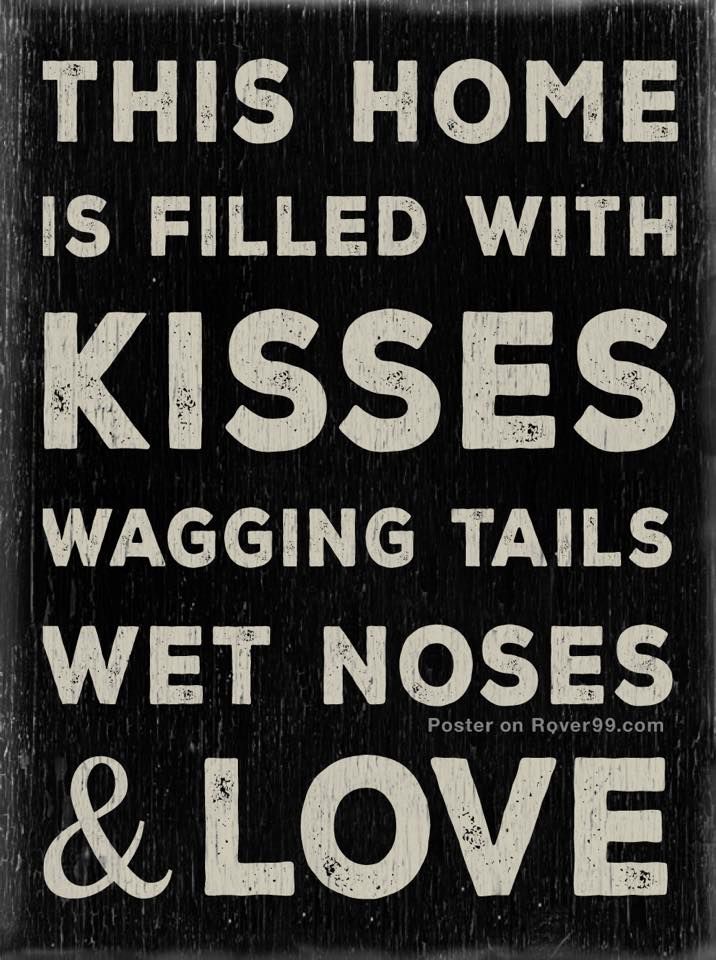